From Bantry To The Bens

In October 2004, eight cyclists cycled from Bantry in County Cork to Letterfrack in County Galway. The occasion, the brain child of Leo Hallissey, was to recall a similar cycle that took place over sixty years previously. At the funeral of Kathleen Ruddy (nee Nee, subsequently Coakley), reference was made to the journey, Kathleen and her then brand new husband, John Coakley had undertaken in 1942 for their honeymoon. On hearing this account, Leo developed the idea to “recreate” this journey with a view to celebrating the connection between West Cork and West Connemara and, in the process, raise funds to buy musical instruments for national schools in both regions. 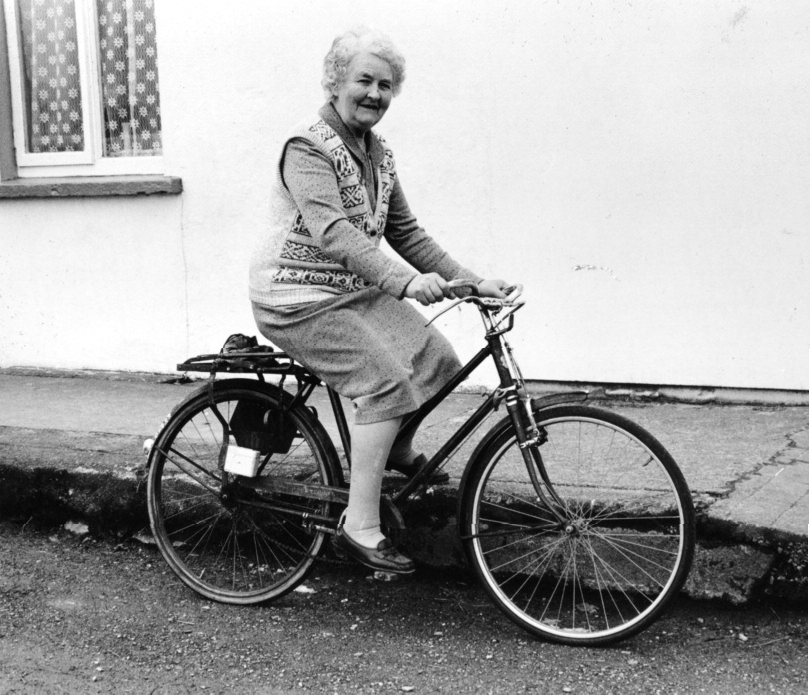 Kathleen Nee from Tullycross , and John Coakley, Snave in West Cork were married in St Joseph’s Chapel, Coomhola, Bantry on December 29th 1942. Father Jeremiah Coakley, a recently ordained priest and older brother of John, performed the wedding ceremony , his first such ceremony. After the wedding breakfast, John and Kathleen set off on their bikes to Kathleen’s home place, namely Tullycross in West Connemara, some two hundred and thirty five miles away. Both were young and healthy and happily unaware that within twenty six months of their marriage (and only nine months after the birth of their son, Jeremiah). John would die of a burst appendix, aged only twenty nine years, on the 9th February 1945. The following account of Kathleen and John’s cycle from Bantry to Tullycross is in Kathleen’s own words as told on the “I Remember It Well” programme, which was presented by Debbie Ruddy on Connemara Community Radio in 1996.

“In 1937 I had a friend working in Bantry (more of a friend of my sister, really) and she wrote to my sister saying that she knew of a family looking for a cook so I pretended to be a cook (laughing). I took the job anyway. I nearly died when I saw the big mansion I landed into. I had done a bit of cooking so I managed fine. I lived in Bantry for the next four and a half years and it wasn’t easy to get home that time, especially after the war started in 1939. You couldn’t do a full journey in one day. I had to stay in Galway on the way home and do an overnight in Limerick on the return journey to Cork. It was easy to get to know a lot of people in West Cork because it was a country place like home. I met my husband there. He worked in Tipperary. I was already friends with his family and when he came home one year for Christmas, we met and became friends.

We eventually got married in 1942. On the evening of our marriage, we headed off on the bikes but only made it as far as Kenmare. As we headed for Limerick the following day, there was snow on the mountains around Killarney, the sun was shining and everything looked so beautiful. We thought we’d make it to Limerick but it started to rain and we only made it to about twenty miles outside Limerick. The next day was New Year’s Eve. We passed through Limerick City but got stuck somewhere in Clare. My husband had mapped out all the different places we were to go but there was no road signs and you had to enquire about the way. At one stage, we even had to walk the bikes across a bog and I remember it was very dark when we landed in Galway. We had only one lamp between us. It was during the war, you see. I remember the bells were ringing out the old year and ringing in the New Year as we arrived in Galway.”

On arrival in Tullycross on January 1st 1943 the reception from Kathleen’s rather embarrassed mother, Nora Nee, was: “Ah, Kathleen, could you not have taken the bus?”

Mary Ruddy is a native of Tully Village on the Renvyle Peninsula in the Parish of Letterfrack- Ballinakill.