The dour struggle between these two clubs from the extremities of the county for the Division 3 Football Championship title at Pearse Stadium on Sunday developed into a fight against the atrocious conditions and in the end it was the men from the west, Renvyle, who emerged on top over the courageous opponents from Ballygar\Newbridge.  The chants of the supporters huddling for shelter in the stand alternated as a constant reflection of the attacking sextets, giving this championship final a distinctive atmosphere. The cold wind from the south-west and the soft conditions underfoot made it all an endurance test from start to finish. 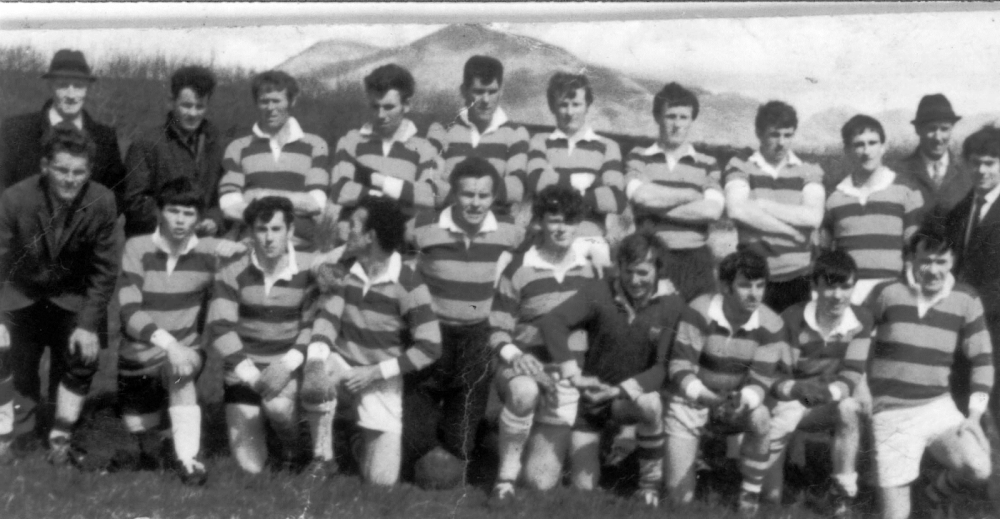 Renvyle played with clockwork precision after their initial shaky opening.  This win was the culmination of their many years of trying. They showed character and resilience and as the hour progressed they looked more and more like true champions.  Two notable aspects of Renvyle’s victory were their skill in kicking, both in play and from placed balls, and their determination.  They were well trained and their close tackling gave Ballygar too much to do, to retrieve an impossible situation.  Ballygar’s full back line of Martin Killikea, Bob Kelly and veteran Paddy Hannon had to repel the many moves of Renvyle, and, but for this trio, the deficit at the final whistle would have been much greater.  On the matter of the final whistle, there lay a question mark, because according to the timepiece of this writer, the match ended at the 27th minute of the second period.  A few other timepieces showed the same early finish.

Nevertheless, Renvyle’s win was on the cards from the moment, they began settling down midway through the first half.  A disallowed goal whetted their appetite but they made heavy weather of their build-up.  Torrential rain fell during the opening minutes, but Ballygar, who were aided by the breeze were unperturbed.  A point by Mark Crehan was followed by a goal from a ten yard shot by Gerry Kelly.  Within two minutes, Gerry Kelly made it 1-2 to 0-0.  Pat Gannon and Johnny Sammon then took over at centre field and with Joe Mannion asserting his will in defence, Renvyle set about their task.  Points from Pat Lydon (two) and Gerry Salmon, kept their hopes alive until the break.  The interval score was 1-2 to 0-3.

Renvyle attacked fiercely at the start of the second half.  Pat Lydon pointed from a free and in the twelfth minute, Gerry Salmon levelled from play.  One minute later, Stephen Flaherty kicked a fifty yards free over the bar and this was the last score of the game.  For the rest of the hour, Renvyle were generally on top but now and again, Ballygar broke their momentum, to urge up the field.  Best for Renvyle were Liam Walsh, Joe Mannion, Michael Heanue, Stephen Flaherty, Pat Gannon and Pat Lydon, while St Brendans were well served by Paddy Hannon, Augustine Kilcommons, Michael Brennan, Tom Nolan and Gerry Kelly.