Congratulations and thanks to the Community Council on their initiative in publishing a Newsletter and for giving us the opportunity of bringing our members up to date with the activities of the club.  At the end of 1971, organisation and interest in the club was at low ebb.  However, in 1972, all this has changed and to date this has been one of the club’s most successful years.  Unbeaten in the Mongan Cup after four games and dropping only two points in the league to Carna, all attention is now focussed on the West Board Championship.  The championship has already given us a second ‘‘go’’ at Carna and on this occasion Renvyle showed their true worth by running out clear winners.  The temporary loss of the Sportsfield in Tullycross as a training ground has handicapped the club somewhat.  Work has begun on draining it and improving the surface.  These improvements have been initiated by the Community Council and financed by various clubs in the parish.  We look forward to its completion.  We are indebted to the Christian Brothers for making their pitch in Letterfrack available to us in the meantime.  Club officials for 1972 are: 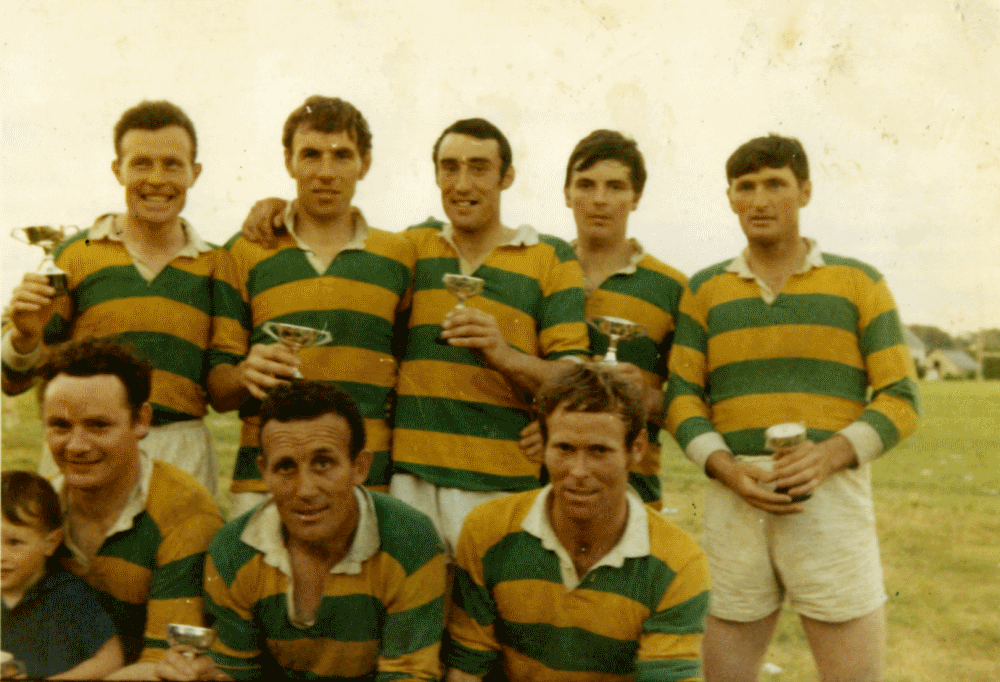 It was a damp overcast day fifteen years ago, when the community turned out in large numbers to celebrate a real milestone that had been achieved through voluntary labour and subscriptions and would henceforth provide a much needed facility for the benefit of young and old.  It was a remarkable feat at a time when money was very scarce and the area was decimated by emigration.  Flags flew, a band played and marched, the Sam Maguire and National League Cups were on display and everybody wanted to get a glimpse of the members of that great Galway All-Ireland and National League winning team who turned up to play in a Tuam Stars versus a Connemara Selection friendly match.  Household names such as Sean Purcell, Jack Mahon, Joe Young and Billy O’Neill lined out.  Earlier Tullycross defeated St Cáillíns in a Mongan Cup match by a score of 0-6 to 0-2.  F Conneely, captain of the St Caillins team scored the first point on the new pitch from a 21 yard free. Many great games have since been played in Tullycross in a variety of codes but for anyone now old enough to have been there on that day in 1957, the occasion will always be remembered.  That evening over six hundred people walked and cycled to a Céilí in the CBS Hall in Letterfrack where the music was provided by the Assaroe Céilí Band from Ballyshannon in Co Donegal.