Over three thousand people were present in Tullycross on Sunday last, for the opening of the new sportsfield which is under the patronage of Our Lady of the Miraculous Medal. The village was en fete and houses and cars were decorated. Interest was divided between the field , which was really a credit to all responsible, the Galway All-Ireland footballers and the Clifden Juvenile Pioneer Band. Then, there were the matches. It was fitting that in the very first match played after the official opening, the home team beat St Cáillíns in the Mongan Cup competition. The All-Irelanders were met by a procession of cars at Kylemore and escorted to Tullycross, where the band in full and picturesque uniform, heralded their arrival and played them on to the field.

Reverend Stephen Ludden, CC, addressing the crowd, thanked God and His Blessed Mother for the accomplishment of the undertaking. When they first started he asked Our Lady of the Miraculous Medal to help them and he was now placing it under her protection. He welcomed the people and thanked the members of the Galway team who came. He also thanked the men of the district and all who helped in different ways. Very Reverend M P Hanrahan PP, Letterfrack, then blessed the field and said it was a historical occasion, made possible by the initiative of Fr. Ludden and the co-operation of the people of the district. It was a great matter, he said, to have such a field for open air recreation especially nowadays, when the tendency was to recreate indoors and take no active part in the performance. Outdoor games were, he said, necessary for the formation of character and physique and helped to inculcate charity, leniency and tolerance which were essential to all good sportsmen both on the field and all through life. 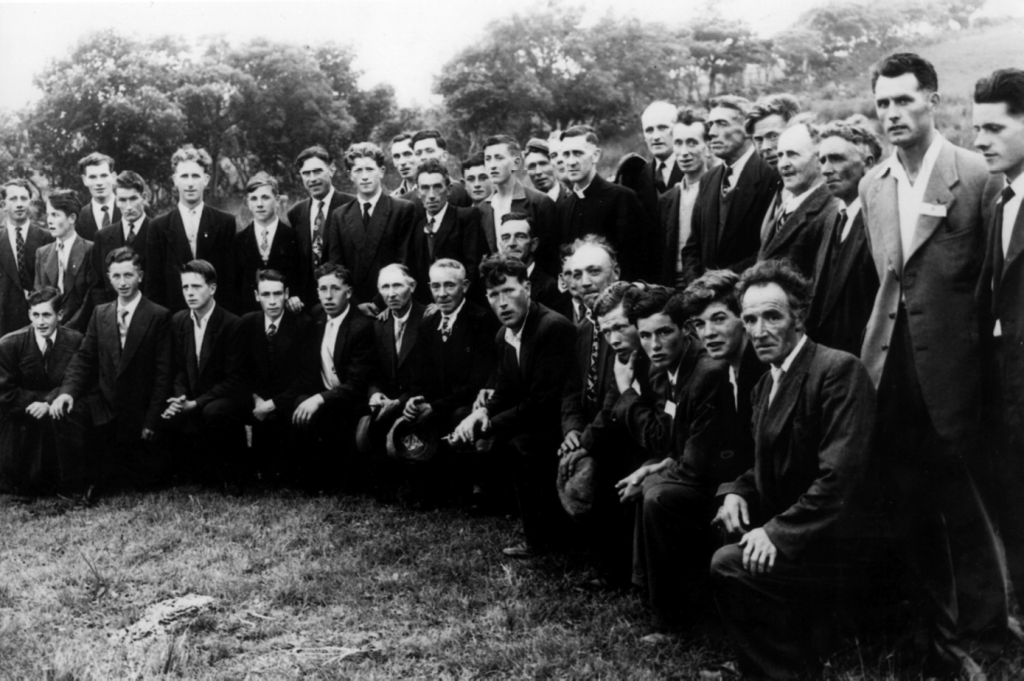 Mr. Gerald Bartley T D, Parliamentary Secretary to the Minister for Industry and Commerce, then performed the official opening and speaking in Irish said that Renvyle had always been to the fore in the GAA, even when they had no suitable place to play. He himself had keen recollections of meeting strong opposition from Renvyle footballers when playing as a youth with Clifden and he felt grateful and honoured to perform the opening ceremony, both on account of his personal association with the people of the district and of the position he held. He paid tribute to the footballers he knew in Renvyle and said they were never known to foul deliberately. Now that they had this excellent pitch, he hoped athletics would foster and that every youth in the parish would play. Mr Bartley then stressed the importance of games in the formation of character. “Playing the game is the important thing. Victory and defeat are in the poet’s words, imposters. The test of character is in how you face them.”

Continuing, Mr Bartley said the big achievement celebrated that day was the fruit of voluntary co-operation organised and directed by Fr. Ludden. The co-operation which produced such a fine pitch from a swamp should be an encouragement and inspiration to evoke co-operative effort in other fields. With good-will and co-operation much could be done. In the state of the world today, it was auspicious, he said, to place the field under the patronage of Our Lady of the Miraculous Medal. He felt sure that such patronage would inspire young men always to play the game and observe the canons of good conduct expected from members of the GAA. The attendance included Mr J Geoghegan, TD.