Throughout the 1950s and into the 1960s we used to have the free cocoa and bread. The cocoa was boiled in a big pot up on an iron bar over the open fire. The first job in the morning was always to get two buckets of water from the well for the cocoa. The fireguard would be put across the fire but this big pot bubbling away was still a great source of danger and such a phenomenon would be totally unacceptable in this modern era of fire officers and safety statements. Mick Flanagan from Clifden had the contract for delivering the free bread. I remember they were white loaves, unwrapped, inside a big bread bin. They were cut up on one of the tables without any regard for hygiene. The mixed fruit jam used to arrive in big crocks from Fruitfield. The free bread and jam was only given to areas that were considered congested or disadvantaged.

The parents were always a great support to me in a very unobtrusive way. In the 50s and 60s they very rarely came to the school apart from the two station masses each year in the school. The whole concept of fundraising was not born until the 1970’s and when it did arrive the parent body embraced it wholeheartedly. Going back a lot further I can remember a time when we used to get about £15 each from the Department for the purchase of educational materials. I paid for a lot of school requisites out of my own pocket over the years.

The late ’60s was a time of great anticipation in our profession. It was well documented that a new curriculum was on the way. I remember the kindergarten advisors coming to our school in the lead up to this new curriculum. I remember a Mrs O’Dwyer explaining to us about all the different types of copies that would be most suitable for juniors. On another such occasion I remember I had one particularly hyperactive child from the senior room planting a few cuttings for me in little boxes when one of the kindergarten advisors arrived unexpectedly. The principal had sent him into me because he was driving her mad and I had given him this activity to keep his mind occupied. I sent some of my own pupils over to work with him. When the kindergarten advisor arrived I got very stressed out because I was sure she would be less than impressed at this type of activity going on in the classroom. I was dumbstruck and somewhat relieved when I heard her say, ‘Well, is not this lovely’. She was delighted to see the senior pupil working side by side with the juniors. I remember I had this sense at that stage that I’d love this type of activity to be formally part of the school curriculum. 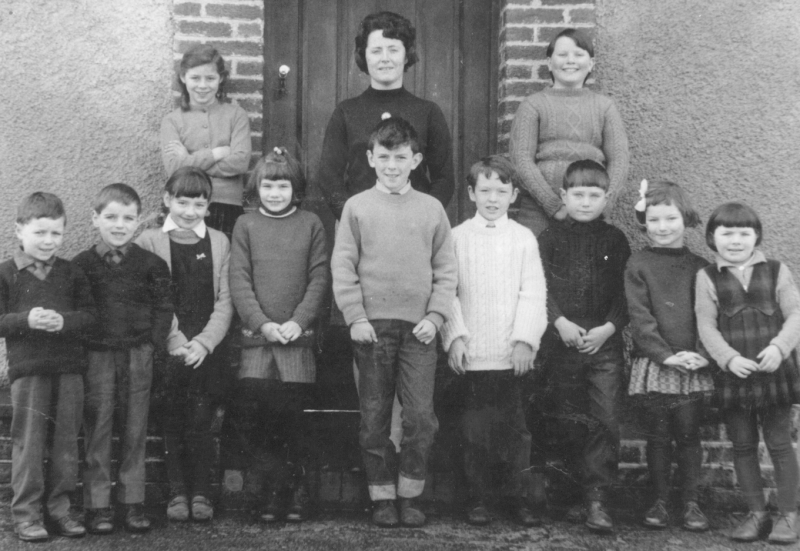 The New Curriculum when it did arrive in 1971 was very much the teaching equivalent of Vatican II. It was a big change. We had inservice days, involving a lot of hard work but it was wonderfully liberating and for the first time in my teaching career I felt free to try anything. The stillness and silence of the classroom during the preceding decades was now replaced with the hustle and bustle of a child-centred approach. Learning became very much an active experience for the child, who was now allowed to move freely around the room and ask questions about a whole range of issues. The New Curriculum definitely facilitated a much higher quality of interaction between pupil and teacher. I found this to be far preferable to the pre- New Curriculum days of the class sitting passively as I gave instruction in a dictatorial manner. Gone also was the Primary Cert which really put a lot of pressure on both teachers and pupils. It was as valuable to some students in those times as the Leaving Cert would be today, but for other students the Primary Cert was synonymous with failure, resulting in a sense of low self-esteem and for this reason I was glad to see it go. Henceforth all pupils would progress at their own pace, at their own level and according to their own ability.

Remembered by Jenny Conboy and written by Paul Gannon