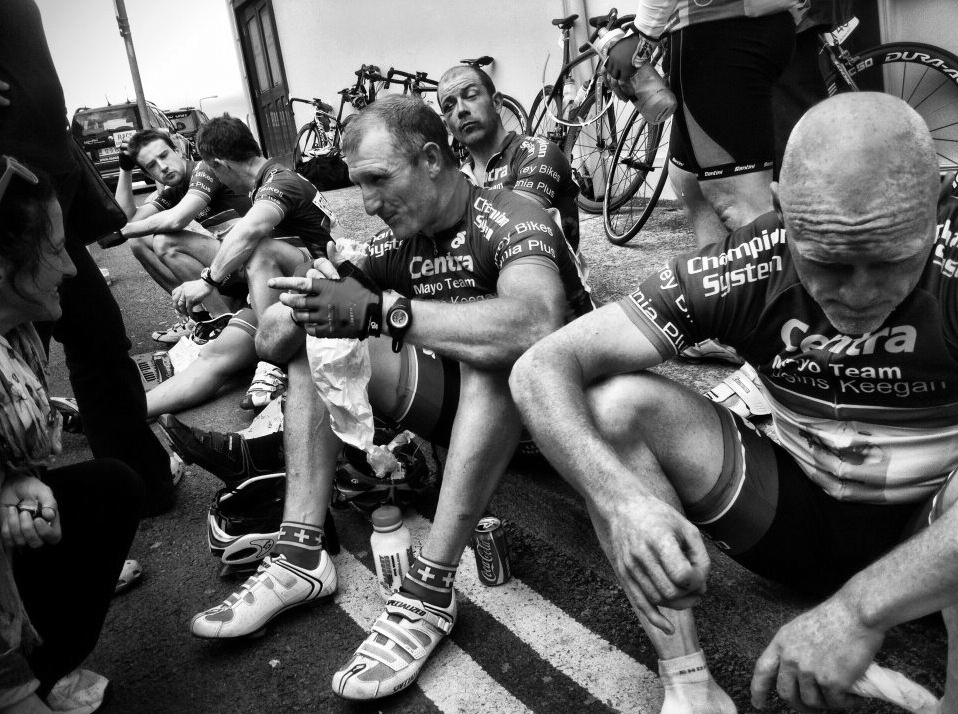 A Moment in Time
It’s the photo that probably defines the essence of the county rider
in Ireland’s biggest race, and maybe even defines the An Post Rás itself.
The Mayo team (pictured here left to right) of Michael Flanagan,
Michael Brady, Donal Harrington, Pádraig Marrey and John James
Flaherty had clearly had it tough on the road into Bundoran on Stage 5.
Four of the riders (with the exception of Marrey) had never ridden the
Rás before, so you can imagine what depths they had to dig into simply
to finish. The photo was taken by Westport-based GP Oliver Whyte after the leg from Westport into Bundoran.